Escentric Molecules’ founder Geza Schoen, has revolutionised the fragrance world. His pared-back yet distinctive scents grant wearers an enthralling aura, without ever smothering or overwhelming. Simply put, these react with your pheromones, so you’ll always smell incredible, and unlike anyone else.

Sexy, evolutionary and unique, these unisex fragrances defy the traditional perfumery doctrine and have bewitched the millions worldwide who’ve fallen for the ‘Molecules’ phenomenon.

…and now, with the long-anticipated launch of Escentric Molecules Body Washes, you can layer your favourites to intensify your e-scent-ric allure.

The concept behind {Escentric Molecules} is a challenge – Berlin-based nose Geza Schoen sought to deliberately subvert the accepted approach to fragrance and the ‘predictable’ ways in which scent is manufactured and mass-marketed. Instead, he launched two scents simultaneously in homage to a single aroma-chemical – something which had never been done before.

The results, {Molecule 01} and {Escentric 01}, have become two of the world’s most cult fragrances – with everyone from Elton John to Kate Moss said to have succumbed to the ‘Molecules’ effect… and, if it’s good enough for La Moss…. 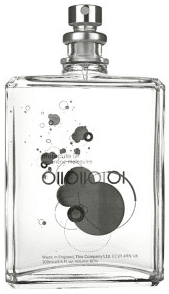 Comprised solely of the aroma-molecule Iso E Super, {Molecule 01} is the Scarlett Pimpernel of the fragrance world – mysterious, elusive and unfailingly enthralling, some can barely detect this on themselves but its pheremonic effect (this reacts to your natural pheremones, responding differently to everything from your temperature to your hormones) will acquire you legions of frenzied followers, clamouring to discover the secret behind your intoxicating allure. (Have you seen the film ‘Perfume’? Watch it).

Warm and musky with a sexy subtlety that defies classification, this can be worn alone, or layered with another scent to make it even more bespoke. 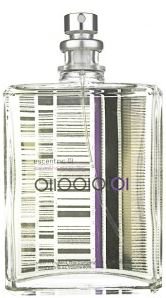 Sibling to {Molecule 01} this distinctive scent contains 65% Iso E Super, with notes of pink peppercorn, invigorating Mexican lime and slightly sweet, balsamic notes that linger seductively on the skin. It transcends gender stereotypes, smelling equally alluring on men as on women – the perfect way to lend an androgynous edge to any enemble, and channel your inner Garçonne 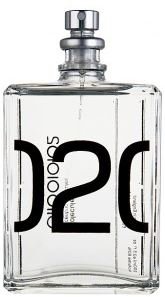 Consisting solely of Ambroxan – a synthetic version of the highly-prized (and highly-priced) Ambergris – this captures all the warm, musky sultriness of the real thing, to surround you with a sensual mineral smoothness.

With the same, lingering warmth of it’s sibling, this envelopes you with the sweet, earthy aroma of Ambroxan, which thrums in harmony with grassy vetiver and muscone (a beautiful, cruelty-free musk), beneath effervescent top notes of elderflower, orris and hedione – an aroma-molecule that mimics the flowery freshness of Jasmine 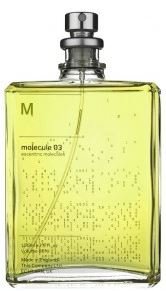 Half of the most recent chapter in the Escentric Molecules story, {Molecule 03} consists of Vetiveryl Acetate – a refined vetiver note which has a fresh, grassy verdancy that’s simultaneously clean and earthy. Arguably the ultimate vetiver, this showcases the mystery and complexity of the note itself – from its sparkling opening, right the way down to its lasting, rooty mossiness via the virbant ‘green’ heart that’s the hallmark of the plant itself 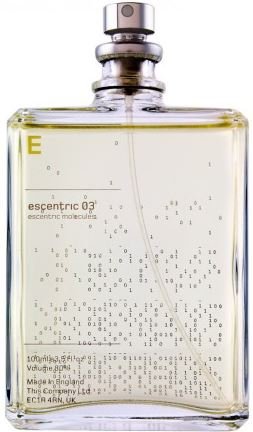 A harmony of opposites {Escentric 03} has the same earthy, mossy verdancy of {Molecule 03}, together with fresh, citrusy top notes of ginger root, green peppercorn and lime, followed by a warm heart of orris that evolves to the smooth, lingering, amber-esque base notes of sandalwood, cedar and musk. The overall impression is spicy yet green with a residual warmth that’s mellow, seductive and endlessly alluring

The irony at this point in the tale, is that through his campaign to demystify the perfume world, Geza Schoen has generated a whole new level of intrigue. The simplicity of his fragrances have a remarkably complex effect; an ardent fan once said it best to Schoen − “This isn’t your fragrance. This is my fragrance.” Which will yours be?

This Unexpected Glitter Trend Is Here To Stay

Cult Beauty is one of Vogue’s 100 Best Places…

Stay gorgeous wherever you go…

Lighten up with our pick of the greatest new…

Cult Beauty in the press

The non-invasive alternative to Botox’